A recent end of year dinner meant I was asked to provided dessert.
Those taking part included a number of us who know each other well, and new friend and three recently arrived short term visitors from China.
As I though about what i would prepare I set about thinking of the guest.
I assembled together a number of fresh ingredients, including a variety of berries, some ingredients out of the ‘fridge, which had been opened and partially used and some items I had recently been given as a gift, along with some fresh basil and mint from the garden.
I set about preparing the dessert, which was assembled in a glass measuring jug.
Some ingredients were place carefully, others randomly and others were ‘forced’ into place.
The resulting item would not win any awards for presentation, nor for great culinary skill.
It may however inspire those at the table, if they took the time to think about it, at how it represent the group and how we see Christmas.
Perhaps it was ‘lost’ on them, I may never know, and you will never know what the mix of ingredients tasted like!! 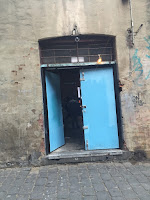 ten things i hate about Christmas…only ten? I hear you ask!!

1: buying s stuff for people we don’t like and they don’t need

2: the intense loneliness and pain it brings for some

3:pretending its a sacred time but still buying into the craziness

4:the ‘debate’ over Xmas vs Christmas, Satan vs Santa.

5: stupid sayings i.e. he’s the reason for the season, to which I reply, what summer (or Winter if you’re else where)

6: threatening kiddies that Santa won’t come if you’re not good!!

9: stupid Church signs including Jesus was born to die??

10: we trot baby Jesus forgetting he grew up!! 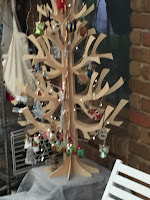 Christmas is really
for the children.
Especially for children
who like animals, stables,
stars and babies wrapped
in swaddling clothes.
Then there are wise men,
kings in fine robes,
humble shepherds and a
hint of rich perfume.

Easter is not really
for the children
unless accompanied by
a cream filled egg.
It has whips, blood, nails,
a spear and allegations
of body snatching.
It involves politics, God
and the sins of the world.
It is not good for people
of a nervous disposition.
They would do better to
think on rabbits, chickens
and the first snowdrop
of spring.

Or they’d do better to
wait for a re-run of
Christmas without asking
too many questions about
what Jesus did when he grew up
or whether there’s any connection.